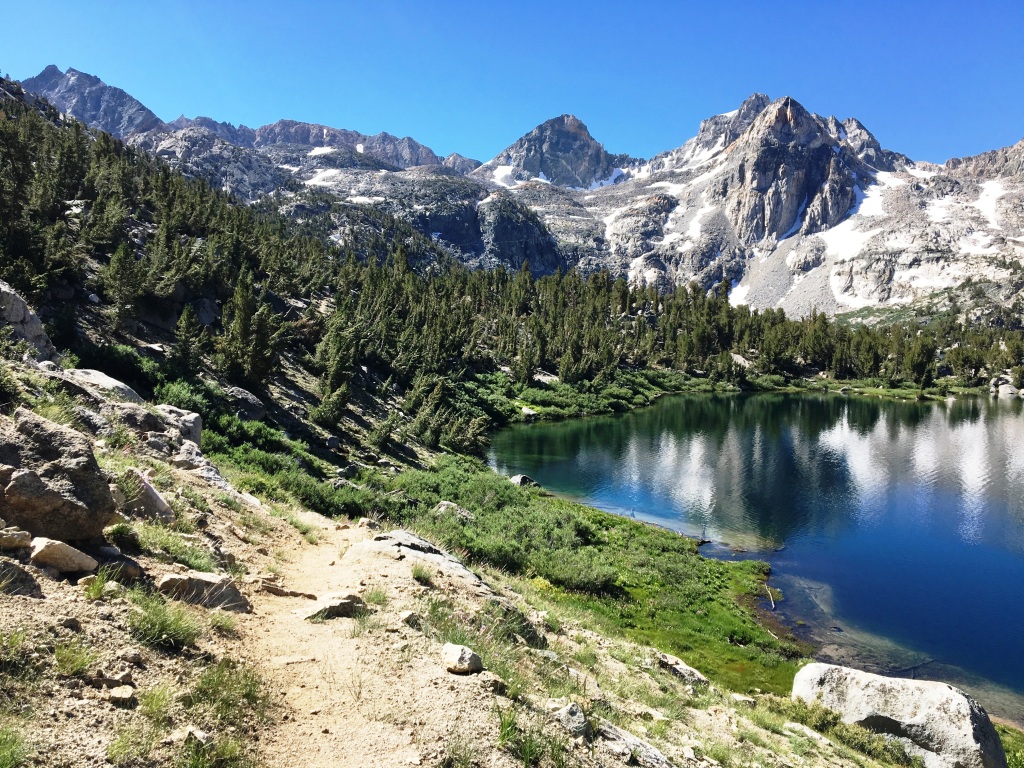 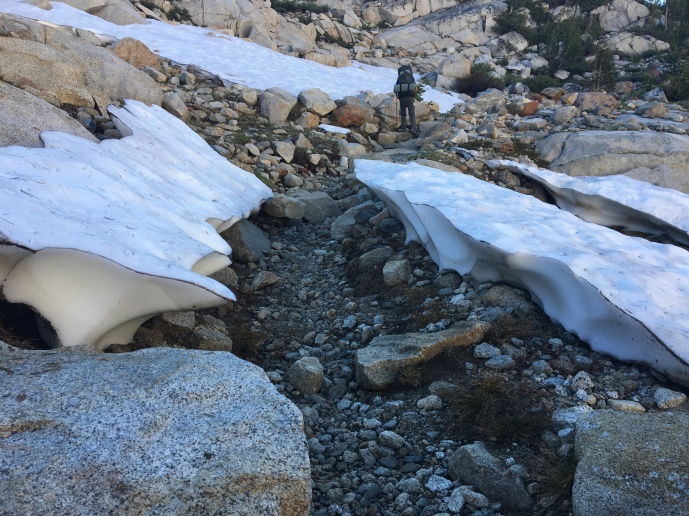 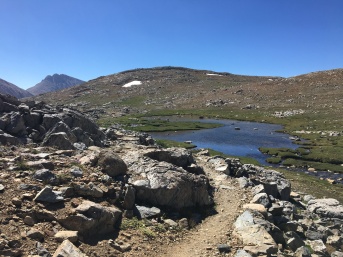 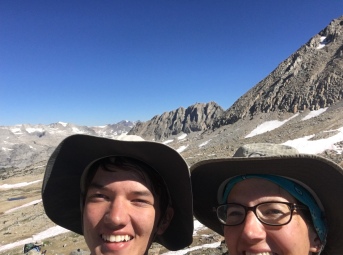 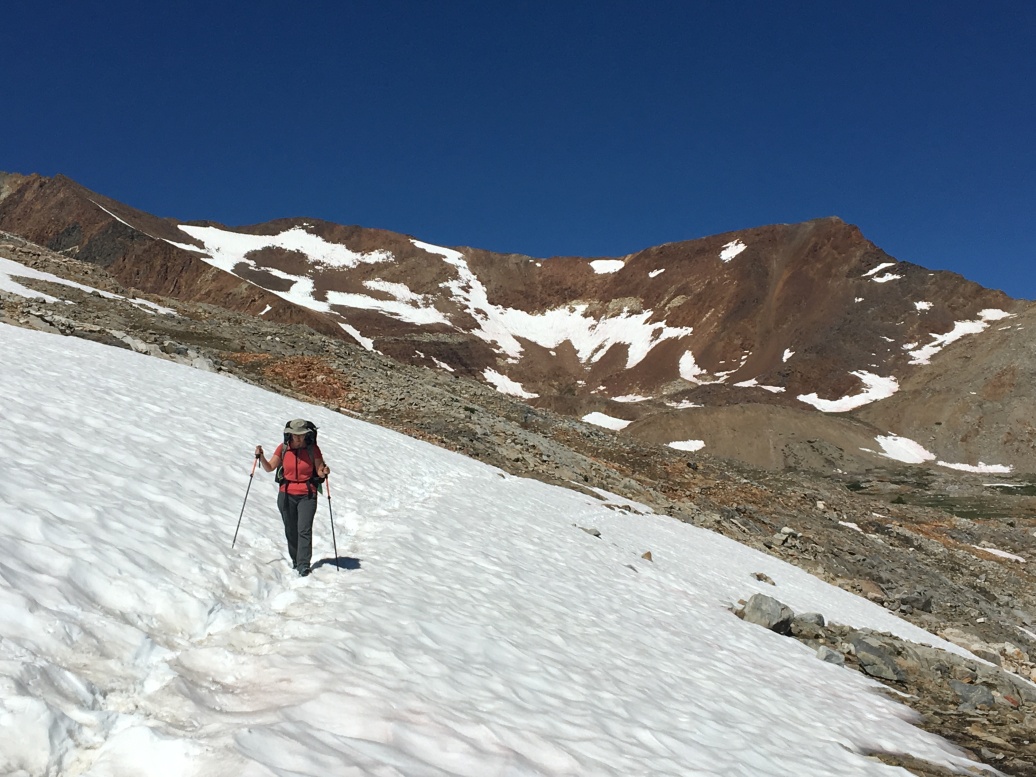 The descent was pretty (and…downhill!). At some point we found a wallet on the trail. It had a drivers license, credit cards, cash, and a fishing license. We recognized the guy in the picture from about 20 minutes before. We knew we had to get it back to him, in spite of already being an hour behind in our 14 mile day. Nathan dropped his pack and jogged uphill about 15 minutes to the guy, who thankfully gave Nathan some water! He was immensely thankful and insisted on giving my son $70 (even though Nathan tried for 10 minutes to decline the money). After a 40 minute delay for a good deed, we continued on our way.

We caught up with Woods Creek which was low in elevation and yet still had crazy snow bridges alongside it. There had obviously been avalanches here this winter. Eventually we came to the Woods Creek suspension bridge. It was scary and very bouncy, swaying greatly as we crossed it. There were slats missing and I did not like it. At all. 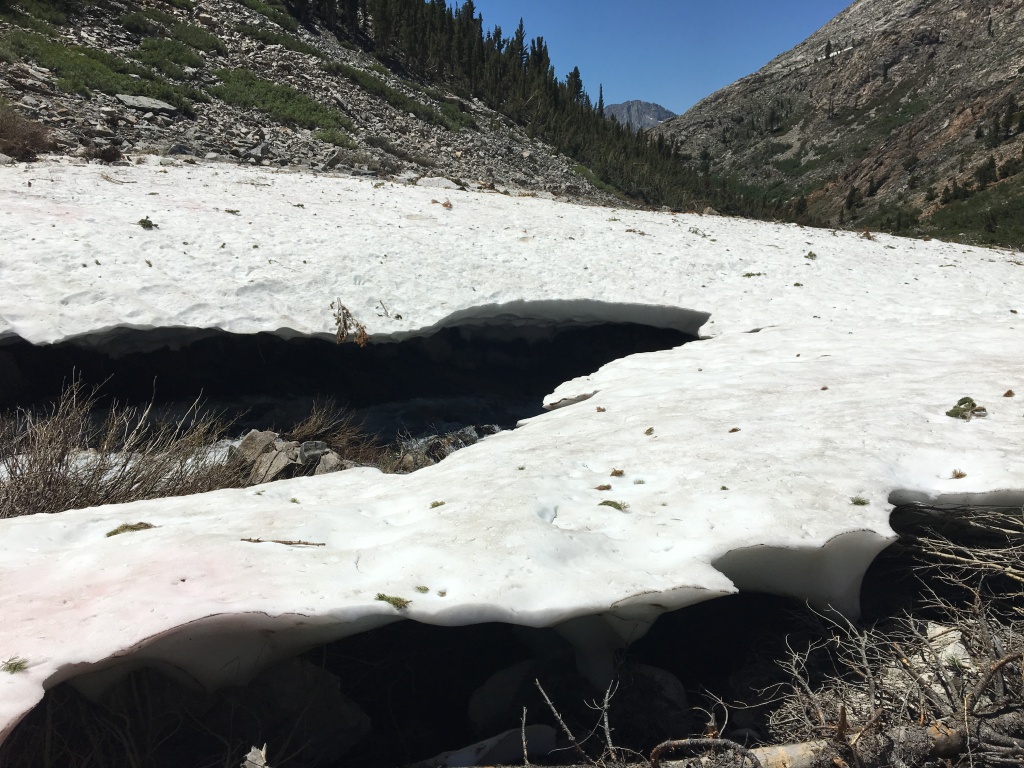 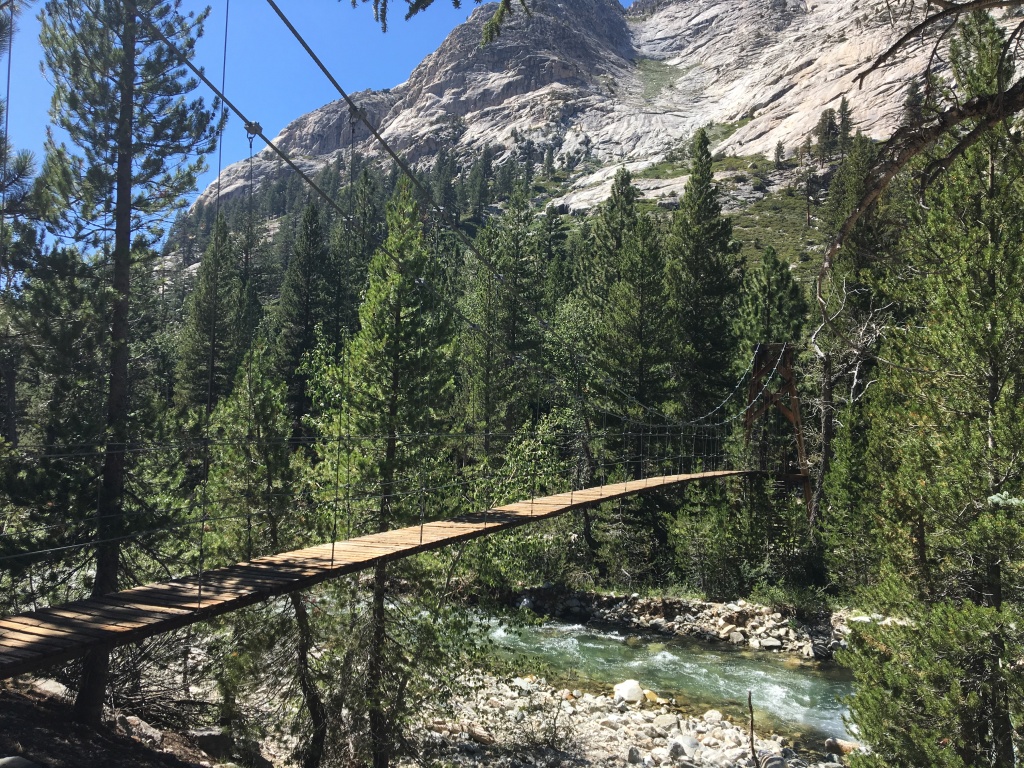 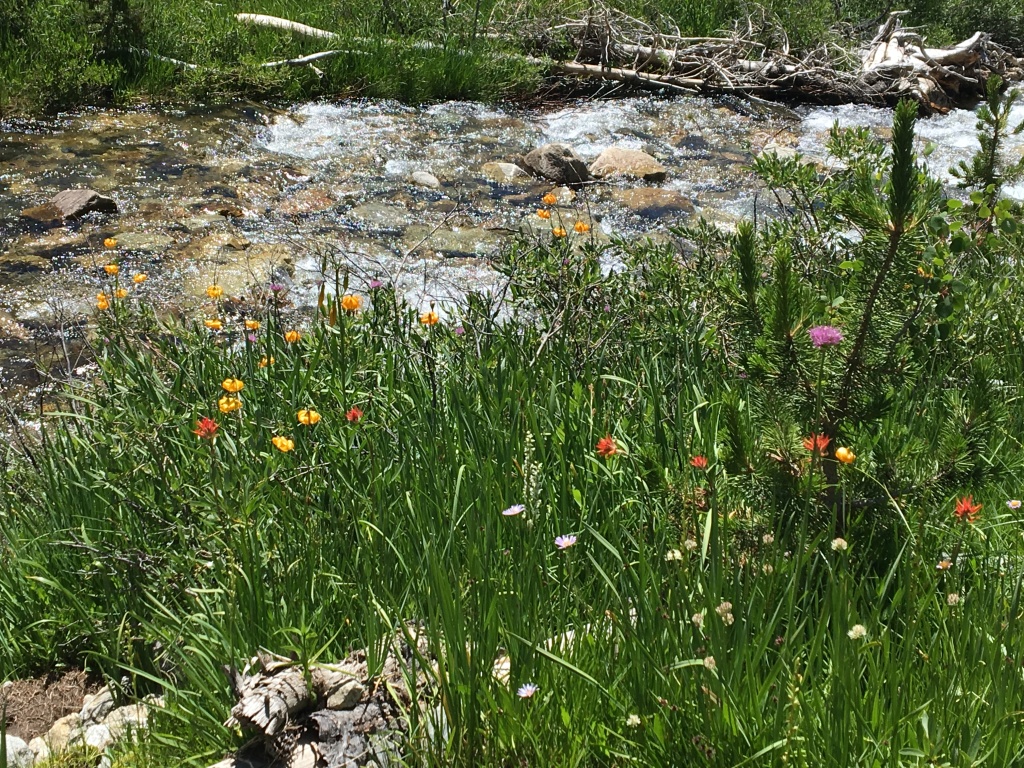 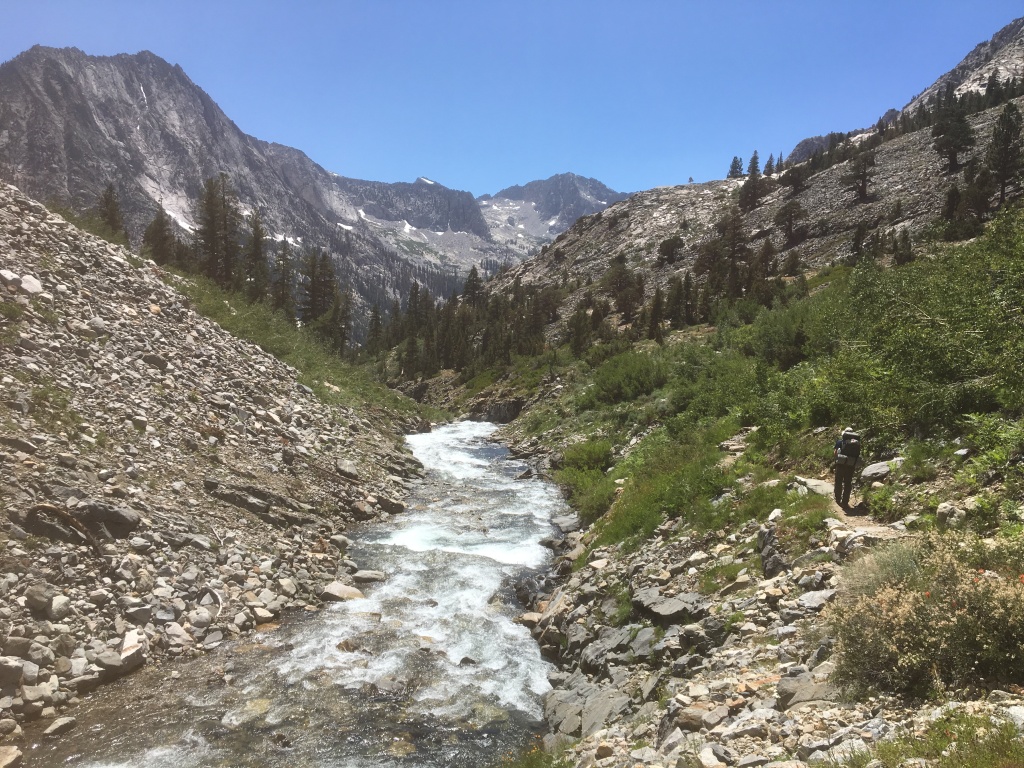 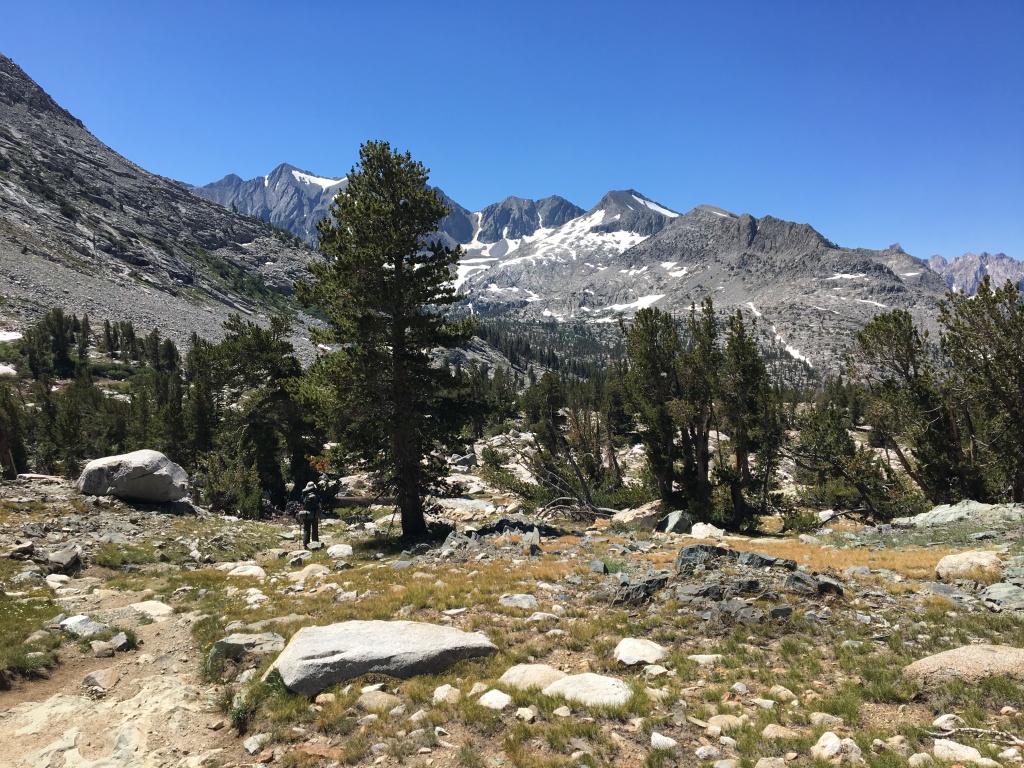 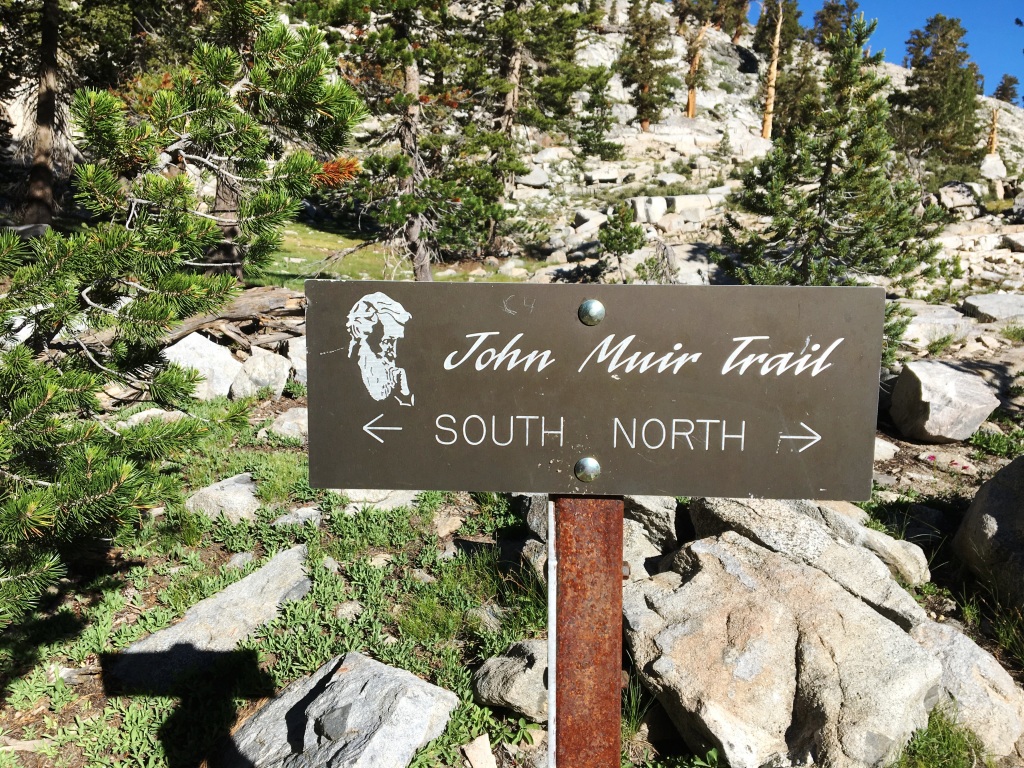 After the 3500′ descent we had a 1700′ climb to Dollar Lake. We would have loved to make it all the way to Rae Lakes, but 14 miles in one day was enough for me. Dollar was pretty and we had it all to ourselves. It mirrored Fin Dome perfectly in it’s waters and we had a lovely evening. I could hardly believe we only had 5 days left. 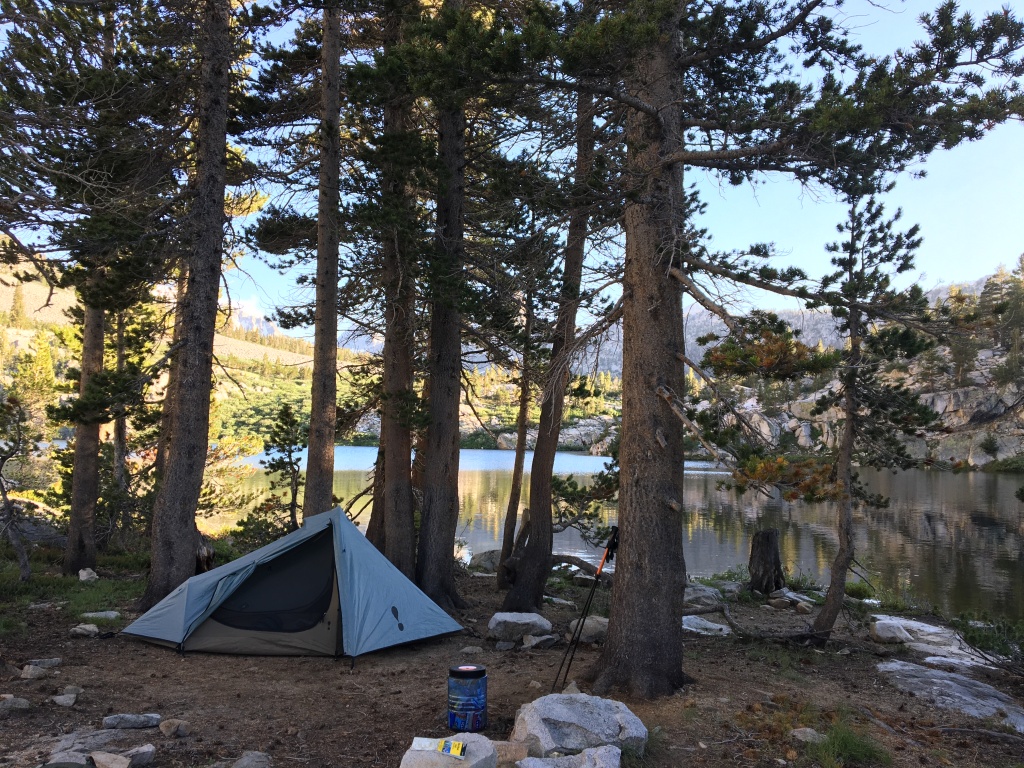 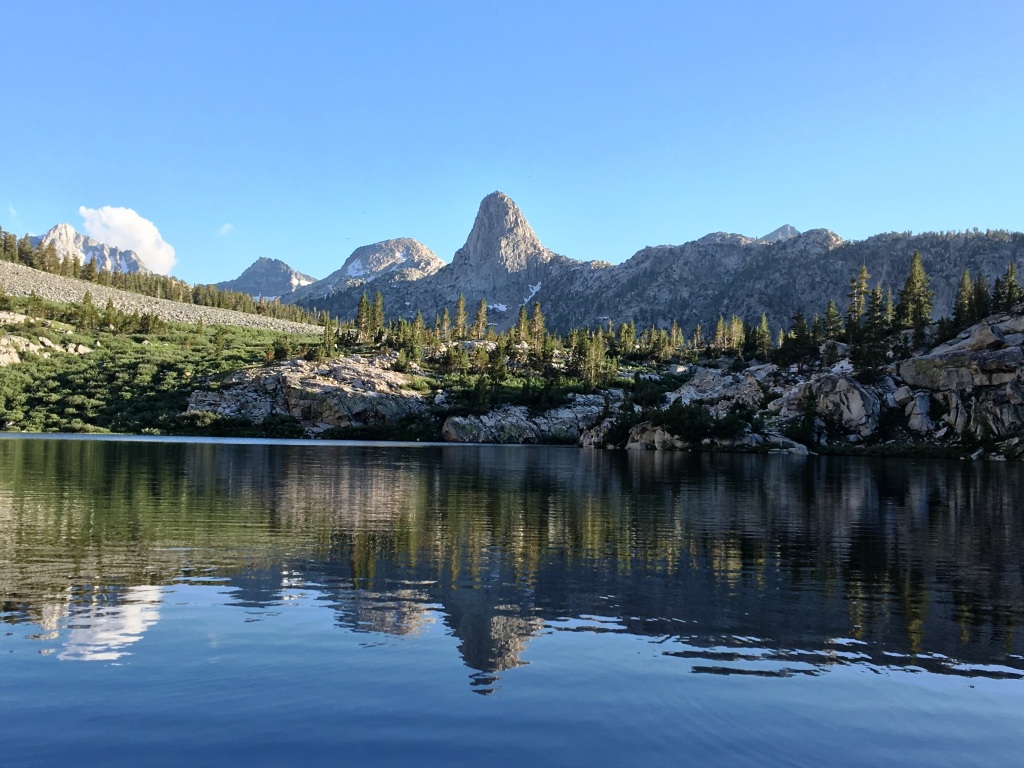 Glen Pass was on the agenda today, and Glen had a reputation. At 11,926′ it wasn’t the highest pass, but it was rumored to be the hardest. Yeah…it was pretty hard. But first…Rae Lakes! We hiked a mile or two until we came upon Rae Lakes. They were so beautiful. My original itinerary had us taking a nero (a near-zero mileage day) there, but we didn’t really need the rest. And more importantly, we worried our food wouldn’t last so we needed to finish on day 20. We had great views as we hiked around the lakes, and after a wet crossing in the middle we took a long break to just sit and take it in. And shoo away chipmunks… 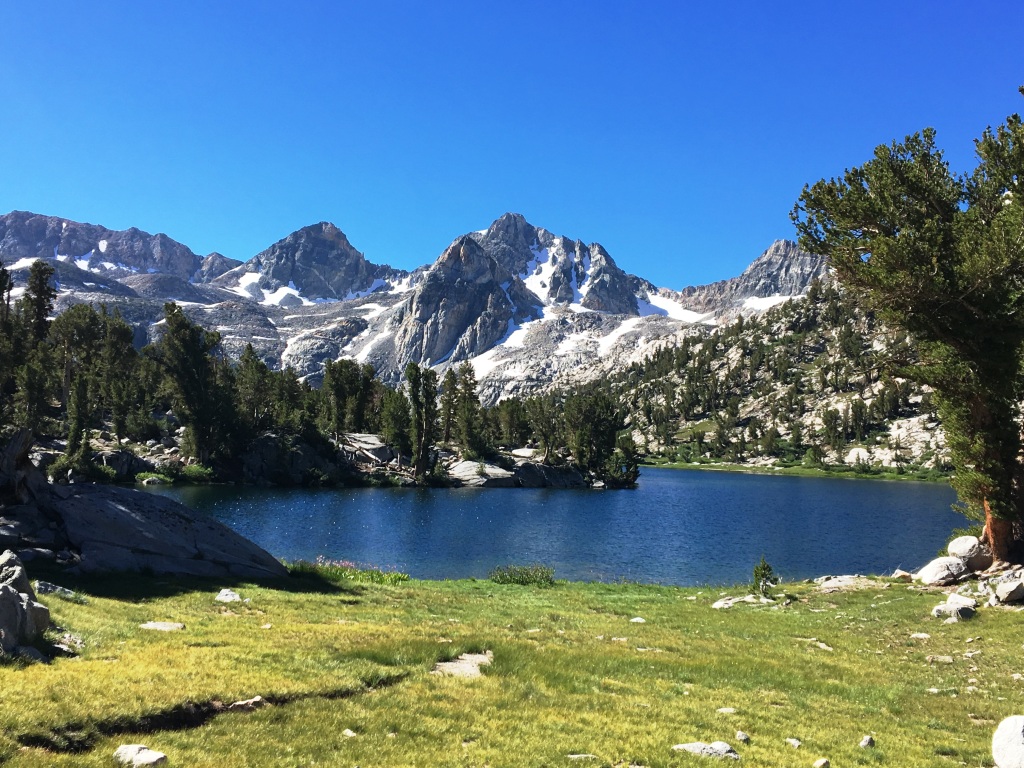 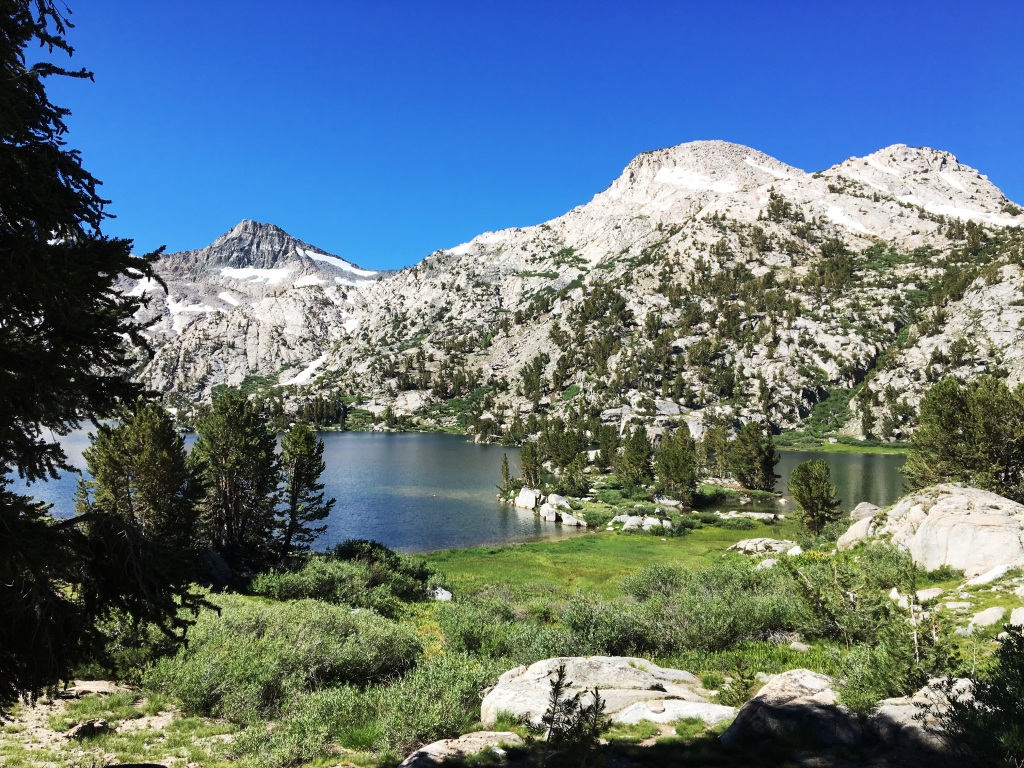 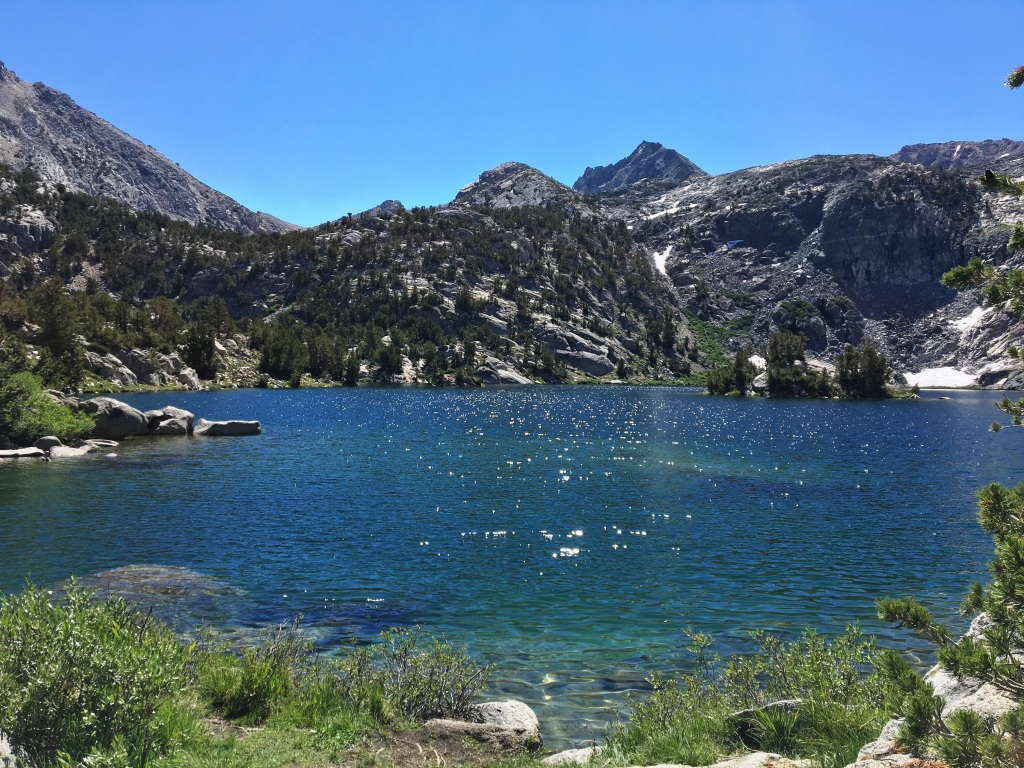 And then…we climbed. And climbed. It was a difficult one to be sure. It was really steep, and there was lots of snow and scary boulder scrambles. And that whole lack-of-oxygen thing. Neither of us fell off the mountain, so in the end it was a successful climb. 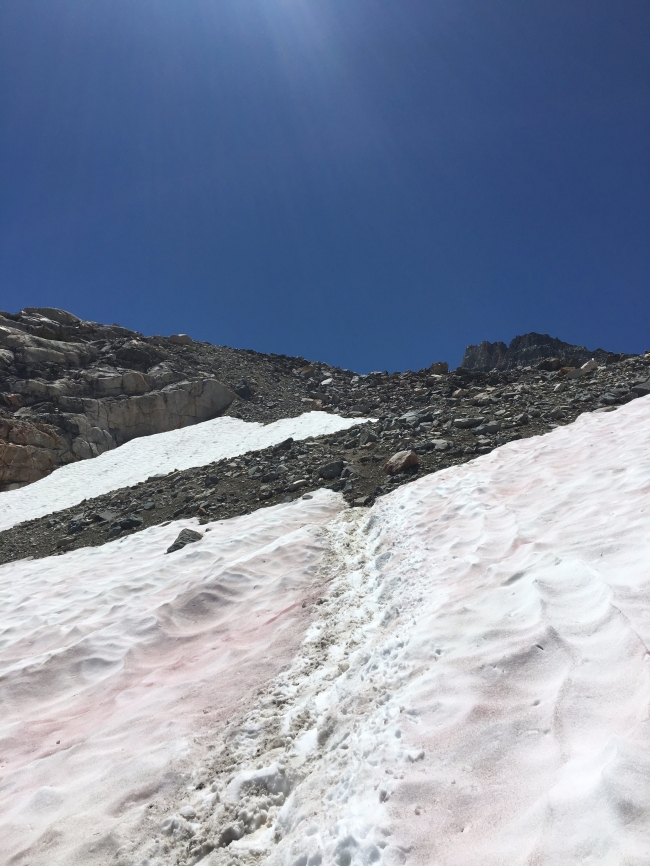 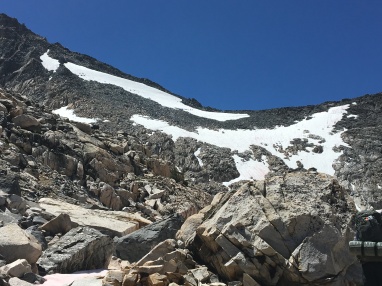 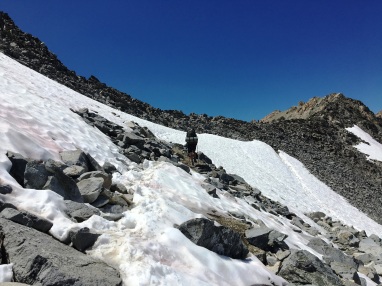 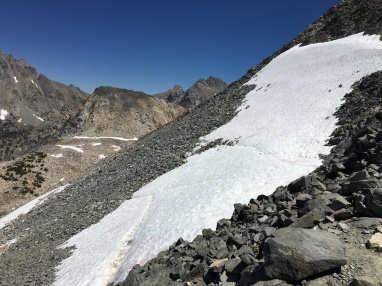 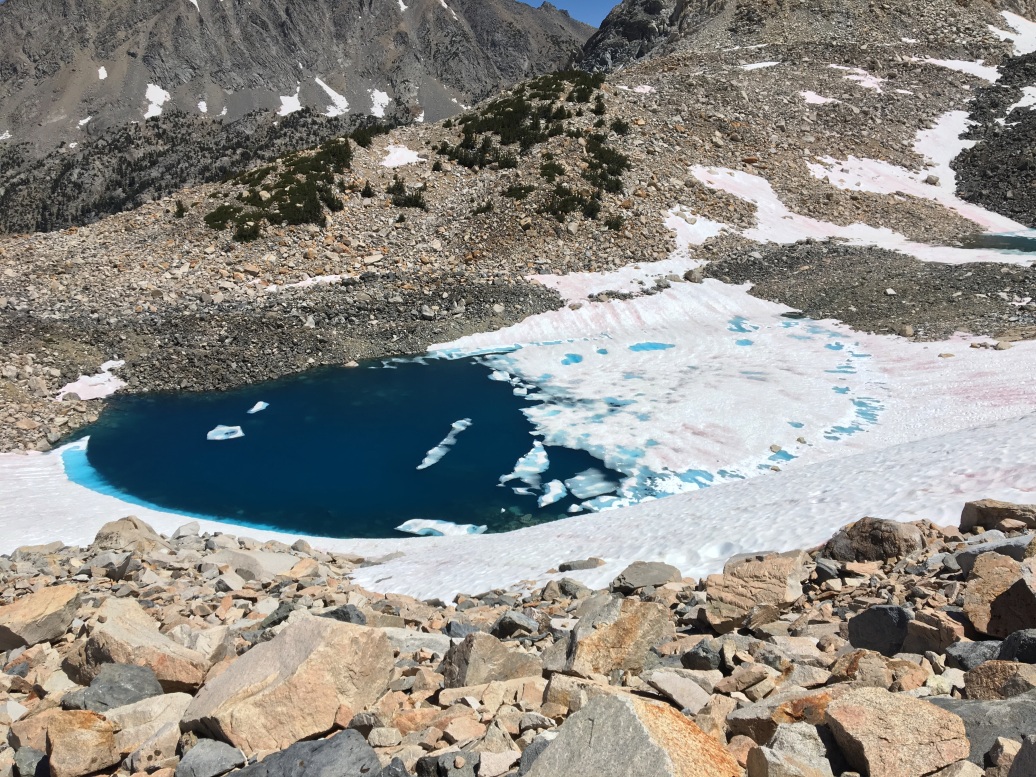 And then we were at the top. The adrenaline rush from the accomplishment…it’s a high. I was addicted to the euphoria that came after pushing myself both physically and mentally and then succeeding. To struggle so much every day, and not give up, and then be rewarded with such views…it was incredible. I stood on top of the world and felt like I could do anything… 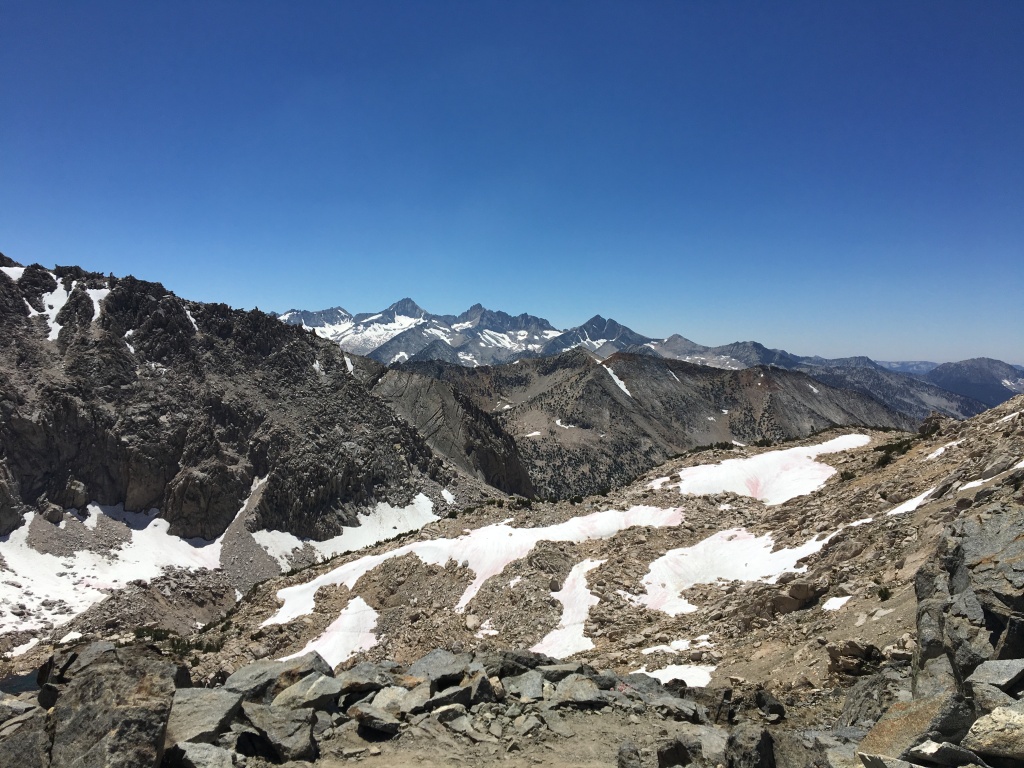 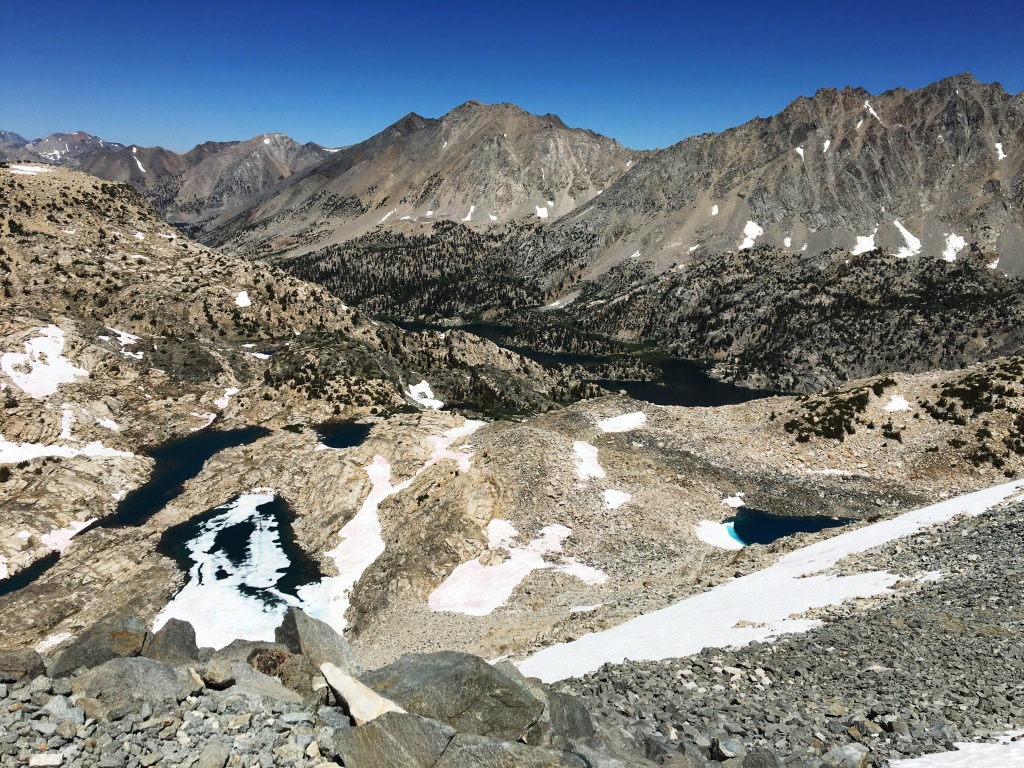 There were the usual gazillion dry switchbacks going down Glen, and then a couple pretty tarns, and then back to wet and green again as we descended to Bubbs Creek (9568′). We stopped somewhere for lunch, which I believe was half a jar of Nutella and our last few tortillas. We had packed as much food as we could into our bear canisters back at MTR on day 10. And it had to last 10 days…which was pushing it. We were getting to the last of the dinners and breakfasts, and were trying to ration our remaining food. Crossing all fingers… 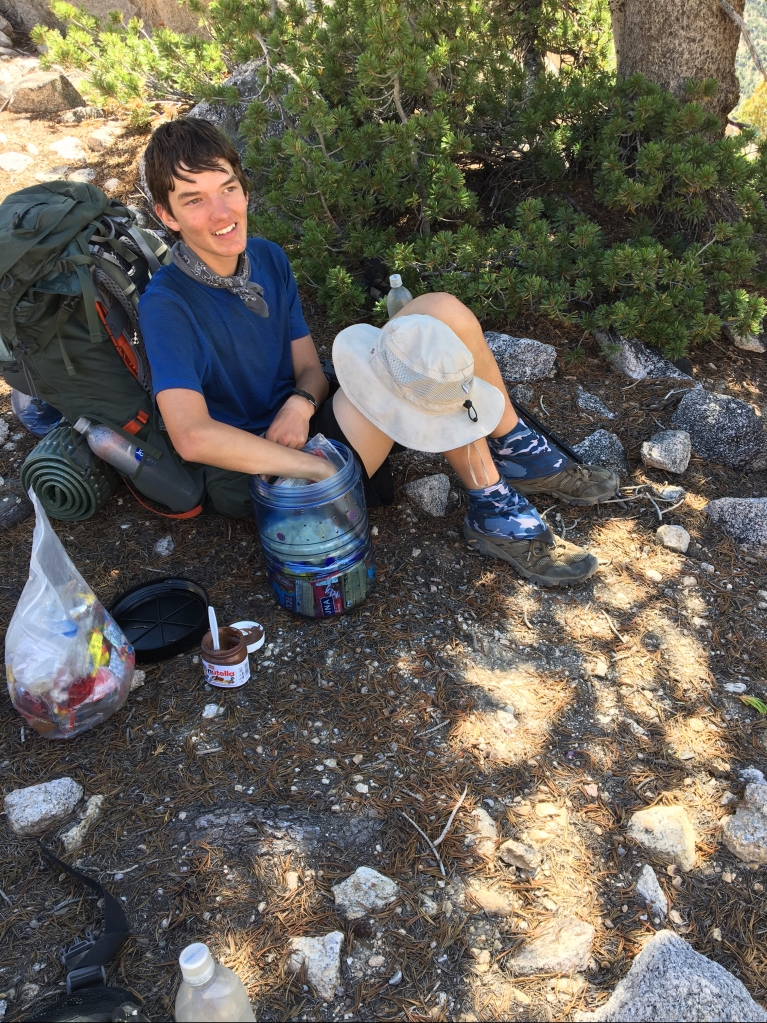 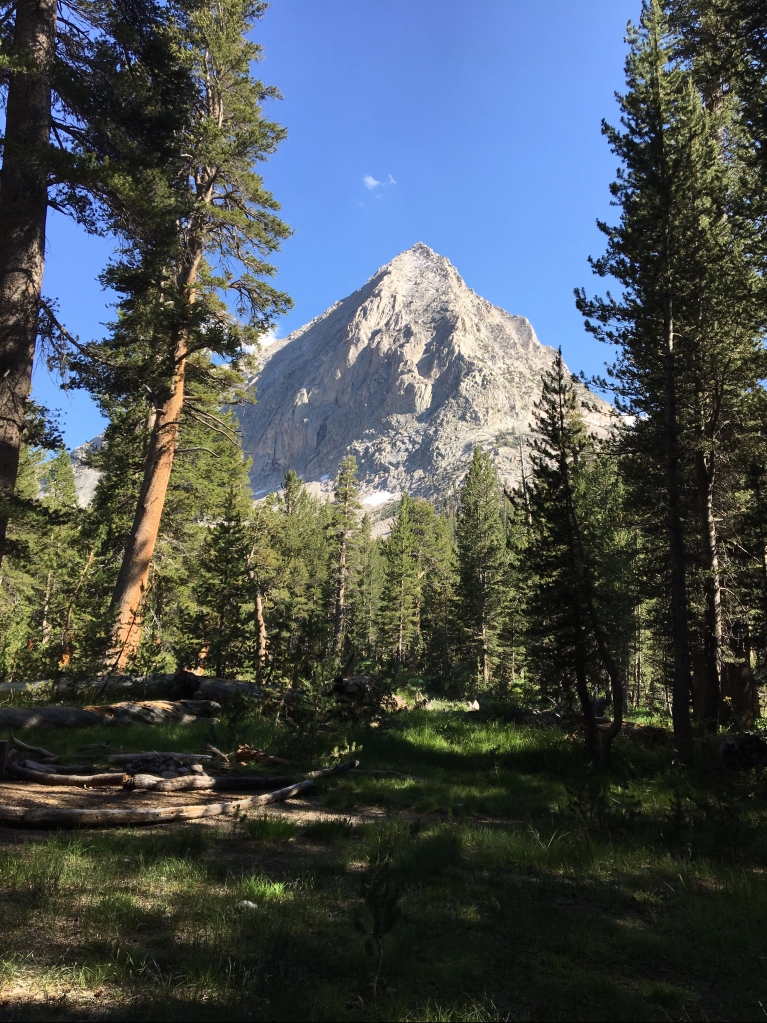 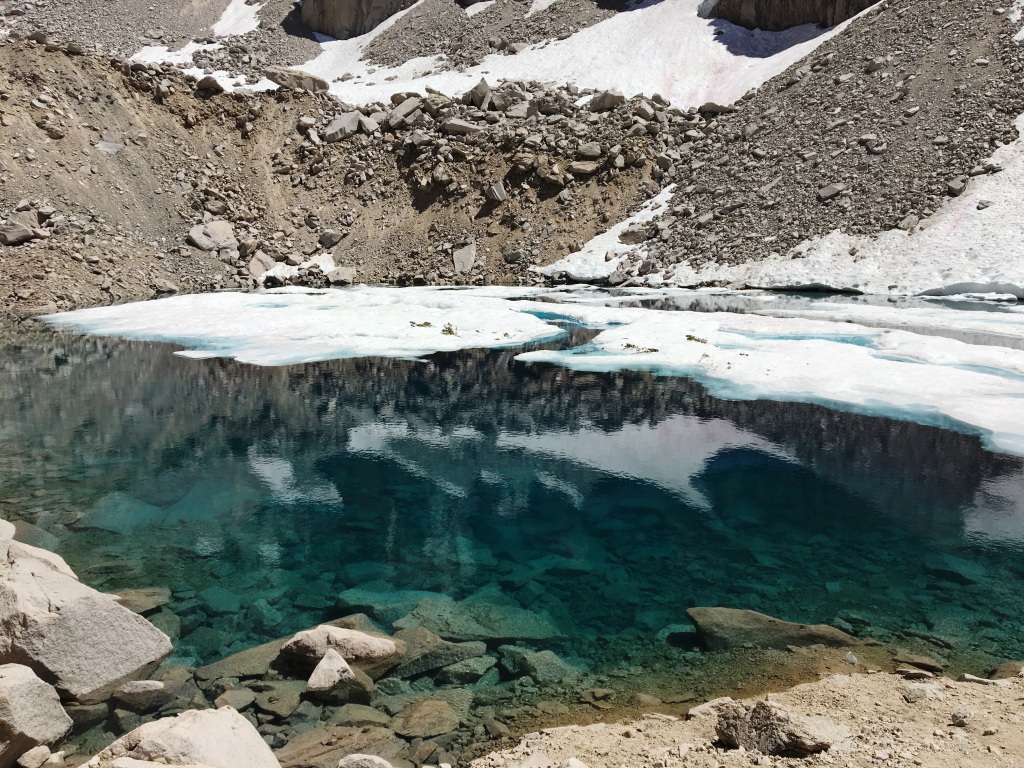 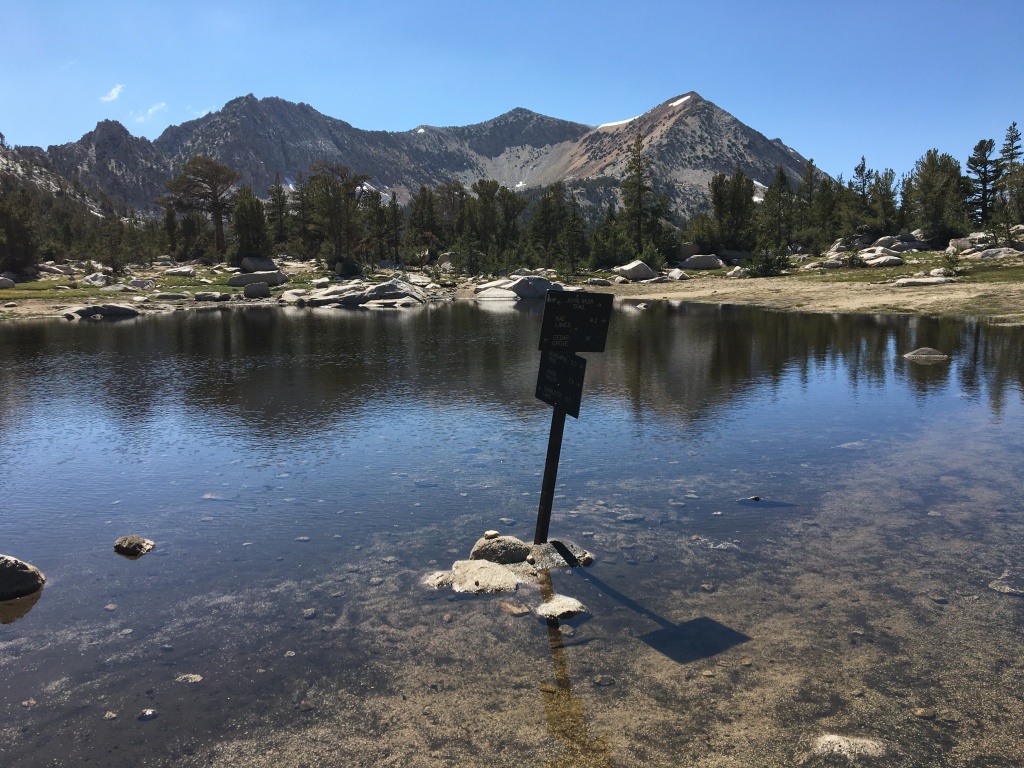 We had to climb Forester Pass the next day which was 3600′ above Bubbs Creek, so we hiked up to a campsite in Center Basin that looked nice on the map and had a bear box. Bear activity was high in the area. Apparently everyone else had the same idea. There ended up being over 20 backpackers there. Many were people we knew. E, J, the girls, and the three musketeers we had been leap frogging with. N, N, & R were 19 years old, two of them about to start college, and decided on a whim to hike the JMT. After socializing with everyone, and scoring some coffee packets from J (yay!) since I had run out, we went to bed. 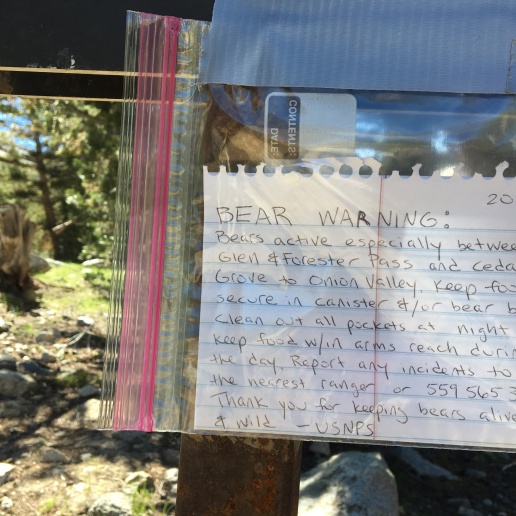 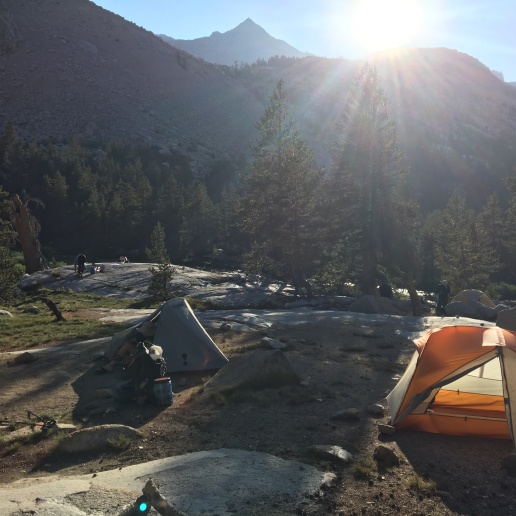 “In every walk with Nature one receives far more than he seeks.” -John Muir