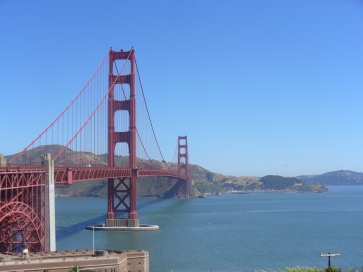 We had driven over 1000 miles along the Pacific Coast in an epic trip from Seattle to San Francisco. My husband had stayed home with our oldest who was working, and so it was just me and my 14 yr old son and 11 yr old daughter.

If you wait for ideal conditions you’ll never do anything. Just get out there. There is so much to see.

Hwy 101 was amazing, mostly two lanes and beautiful. I had survived driving it alone, back feeling fine and only one speeding ticket. Hey, I was passing an 18 wheeler so totally justifiable. But still $300.

We had traversed the glacier topped peaks and Lord of the Ringish rainforest of Olympic National Park. Hiked to glacier melt rivers and climbed countless downed trees. We spent a couple days hugging the Oregon coast where the kids played in the freezing Pacific waters and searched for starfish in the crag. The road climbed high to rocky cliffs and then back down to sandy beaches. Ice cream and wild blackberries were eaten. Hundreds of songs sung in the car. Then we found ourselves driving through the ancient Redwoods, magnificent giants from another time. We hiked and climbed and stood in awe. And finally, we found ourselves at our final stop. San Francisco. 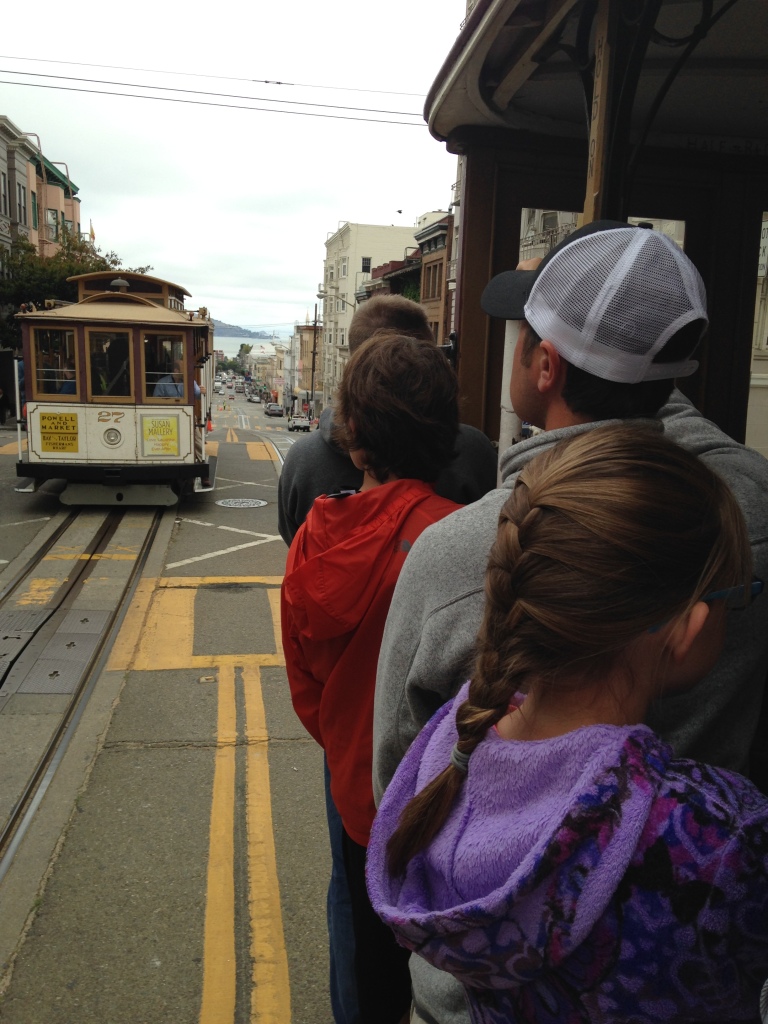 San Francisco is such a fun city. Compact with those amazing hills, there is a lot to see. I booked a hotel right in the center near Union Square, the Touchstone Hotel at Geary and Taylor. We only had two days and nights so I wanted to be close to the sites. The afternoon we got to San Francisco we walked around Union Square, buying visitor bus passes at Walgreens. We got take out from a Vietnamese noodle shop down the street and retired for the night.

We headed out in the morning, taking the Powell-Hyde cable car to Fisherman’s Wharf. The cable car is really convenient and a lot of fun to just hop on and off, clinging to the poles while riding up and down the steep streets…the bell clanging. Not the cheapest transportation, but definitely worth it. All Nathan really wanted to do in San Francisco was to see Lombard Street, one of the steepest and crookedest streets in the world, so we hopped off the cable car at the top of Lombard. He wanted to take a “leaning” house picture, where he and Hailey stood perpendicular to the pavement making the house appear leaning. They pulled it off pretty well. 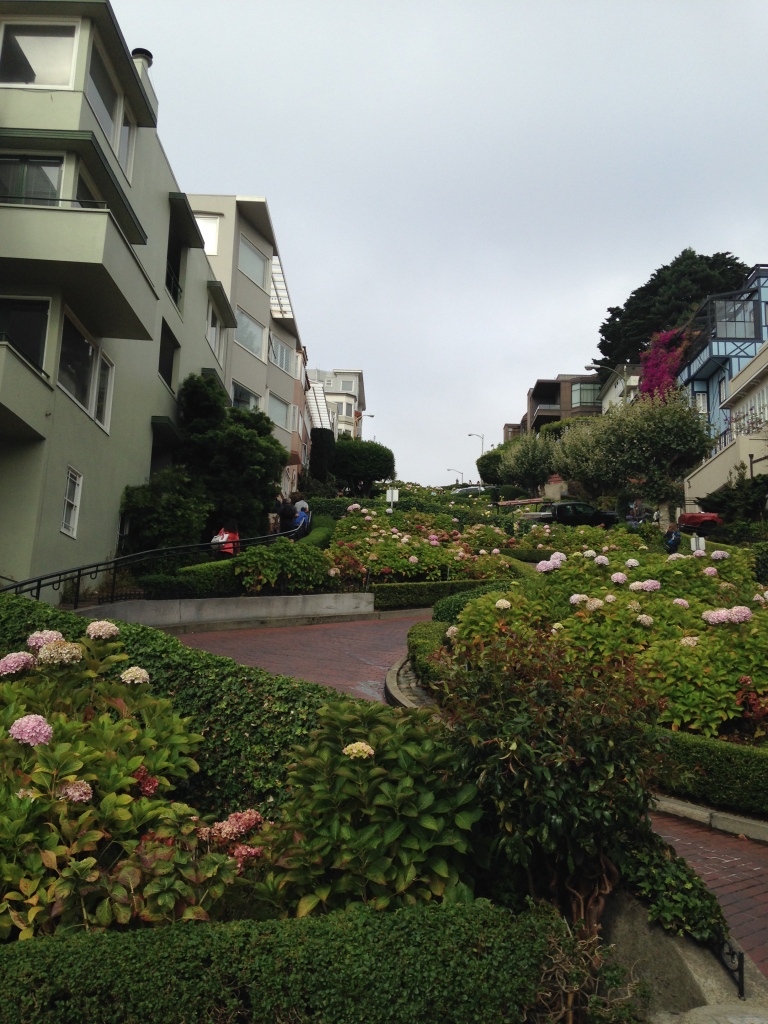 We walked from Lombard Street to Fisherman’s Wharf, thankfully downhill, and took in the city. Once there, we spent hours walking along Pier 39 which is full of fun shops. The kids loved watching the seals which sleep and play and bark on some floating platforms off the pier. We stayed there for a while, watching mothers protect their young by pushing others off their platform, and large males push other males off their platforms, and crowded platforms pushing everyone else off. There was a lot of pushing going on. When we got hungry we headed to the famous Chowders for a sourdough bowl of delicious clam chowder.

We had an afternoon tour for Alcatraz booked so we headed over to the ferry. It is a great tour, self-guided and well done. The (cold) ferry ride over to the island is worth the ticket alone as you get amazing views of the city, the Golden Gate Bridge, and the San Francisco-Oakland Bay Bridge. 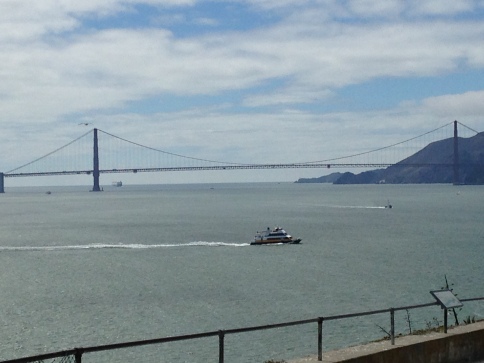 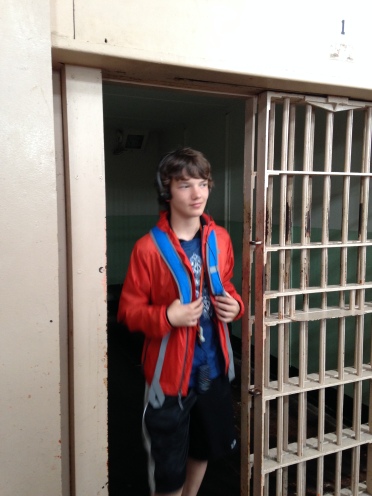 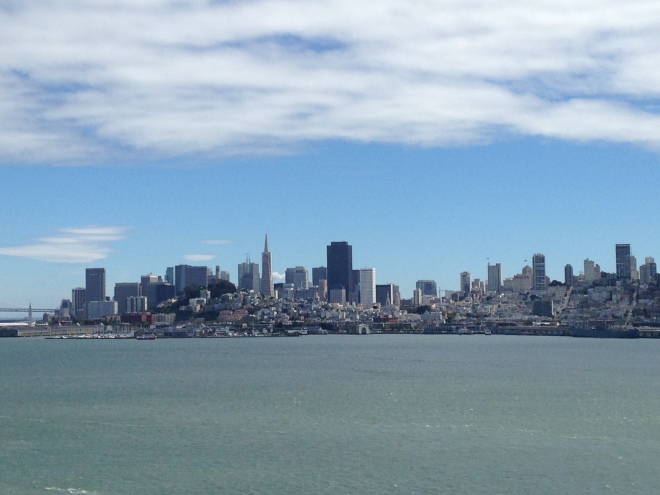 After Alcatraz we took a bus up Telegraph Hill to Coit Tower. The views of the city and the bay are extraordinary from up there, but unfortunately none of my pictures turned out. Afterwards we took a bus to China town where we really enjoyed walking around. The markets are crazy…it was a little like being in a foreign country. We stopped in a Chinese bakery and filled up on delicious and ridiculously cheap pastries. 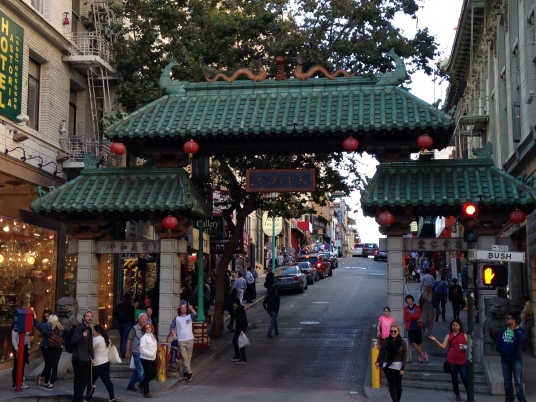 We had a leisurely morning our last day before we caught the BART to the airport. One of the busiest train and subway systems in the US, it was easy to use. It was a 30 minute ride to the airport, but the kids enjoy it since they don’t get to ride subways too often.

From vibrant Seattle to fabulous San Francisco, we had seen some of the great US national parks and forests, the extraordinary Pacific Coast, and two of the US’s greatest cities. And more importantly, made some fabulous memories of time well spent exploring the world together.

“The world is a book, and those who do not travel read only one page.”