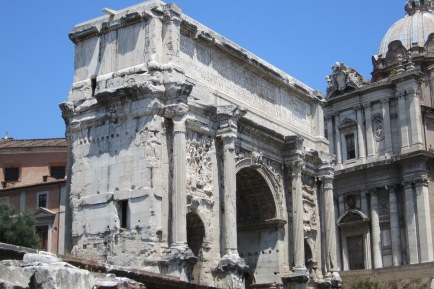 After three and a half weeks our European vacation was coming to an end. What an marvelous adventure! But first…our final days.

Our second day in Rome we started with the Colosseum. I had booked the Underground Tour in advance for 9:40 so we ate and headed out of our apartment about 20 minutes prior. Being able to walk across the street and not have to take the sardine train was nice.  We breezed past the long line to buy tickets up to the reservation window, got our tickets, and waited in the designated area. Our tour guide Valentina arrived and we embarked on a 1.5 hour tour of this 2000 year old structure. It was hands down the best guided tour we have been on. We started out under the Colosseum in tunnels not open to other tourists.  It was quiet and unlike the rest of the structure, largely intact because for over a thousand years they were covered by rock and rubble. Then we got to climb to the 3rd and highest level where again tourists were not allowed.  So we learned a lot about the Colosseum, got awesome pictures, and avoided the crowds of tourists! Yay! The last picture is of the Arch of Constantine…an amazing structure especially considering who Constantine was and what he did for Christianity. 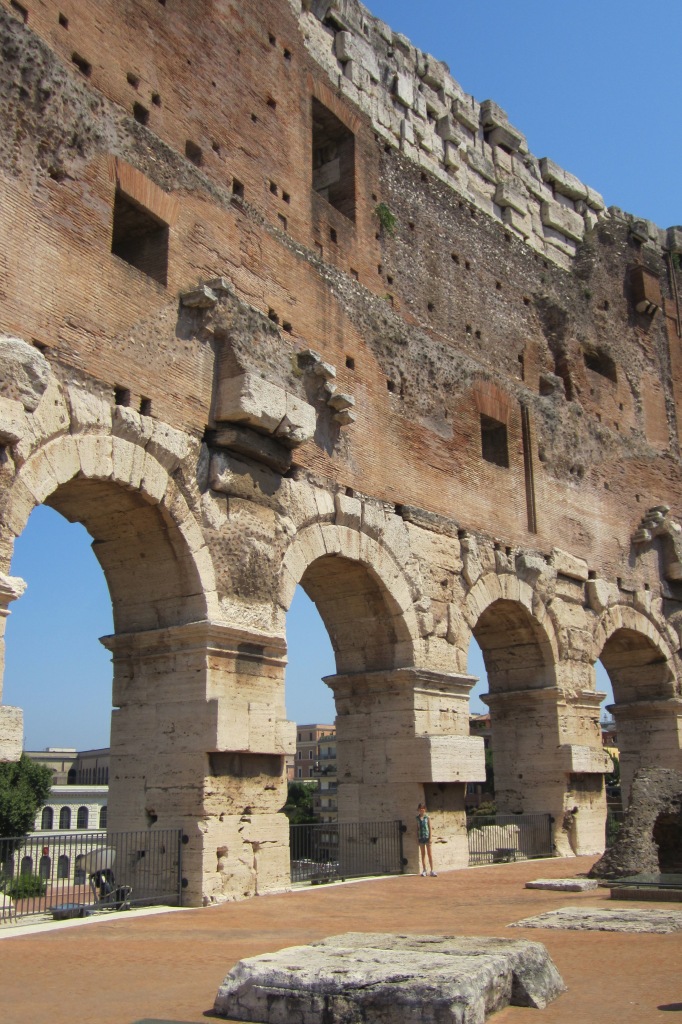 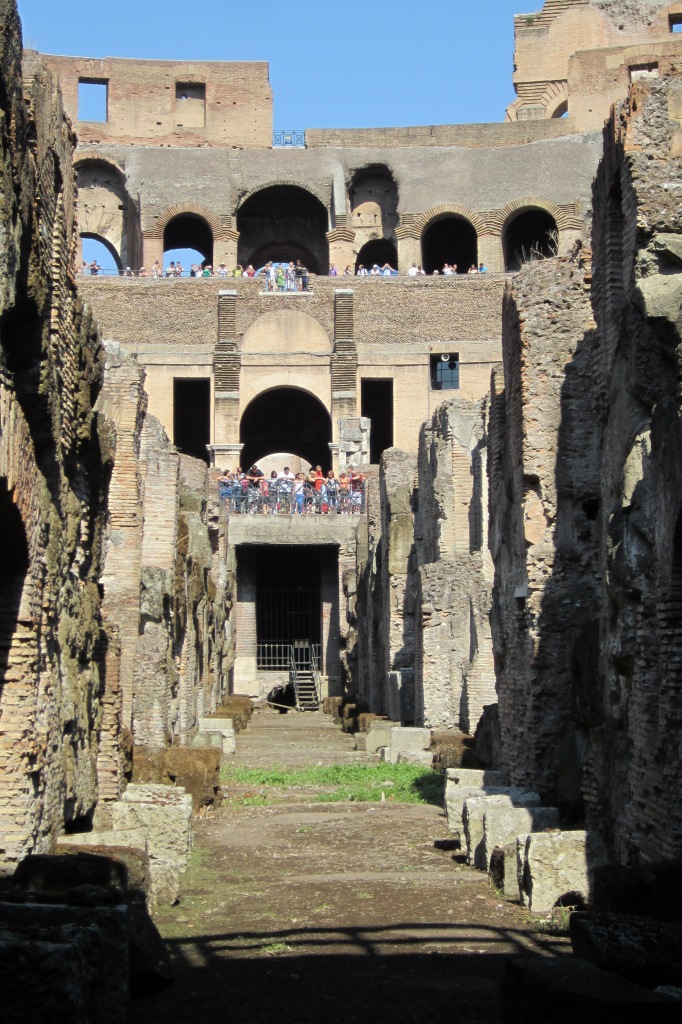 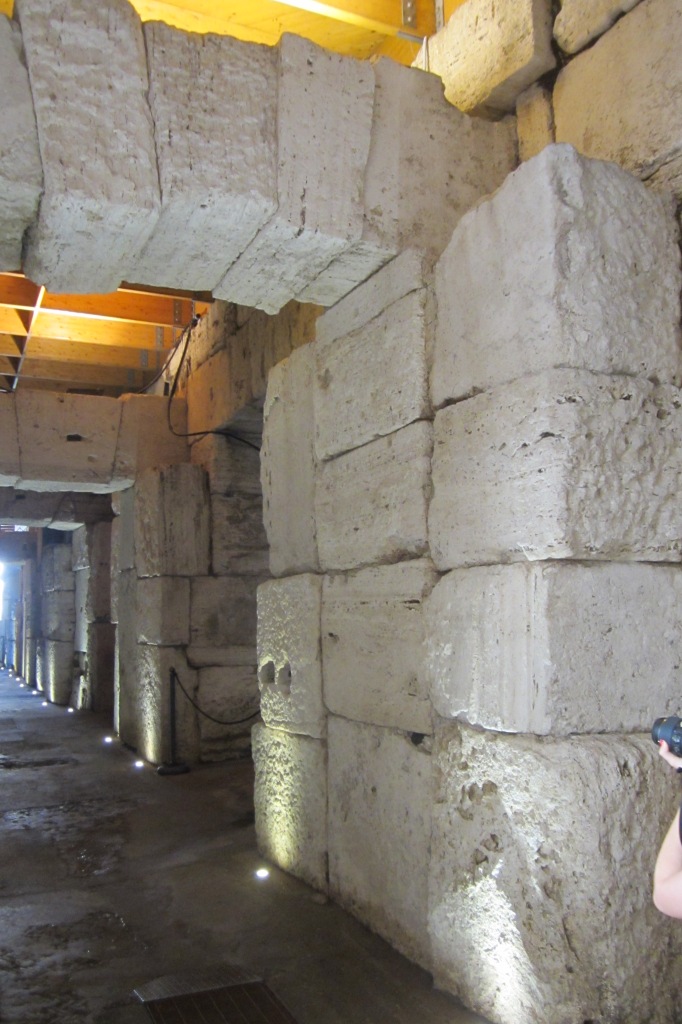 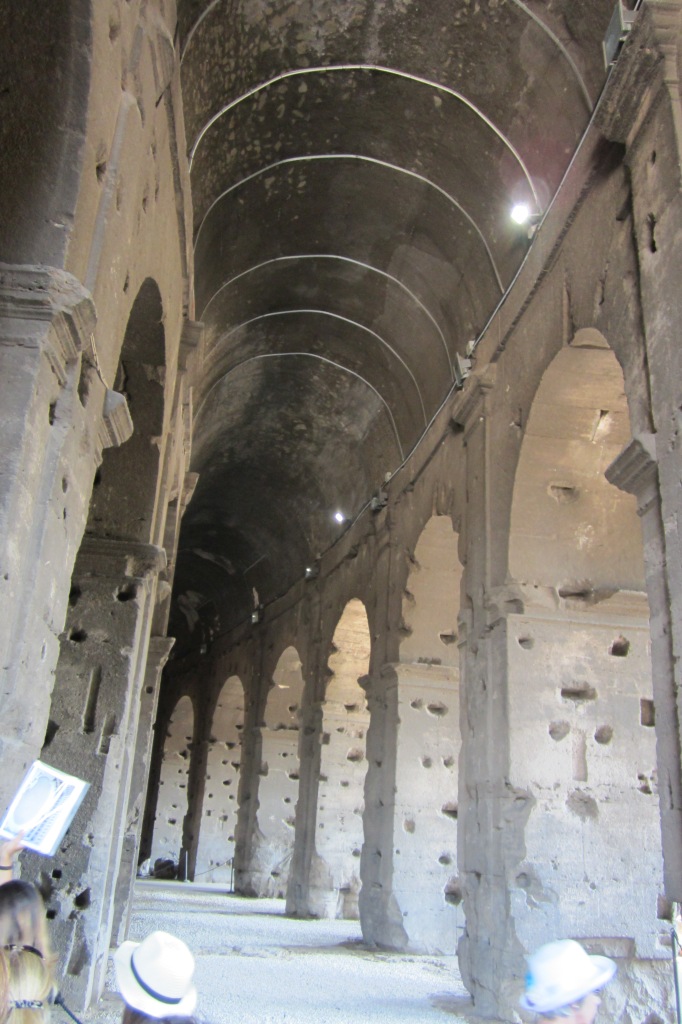 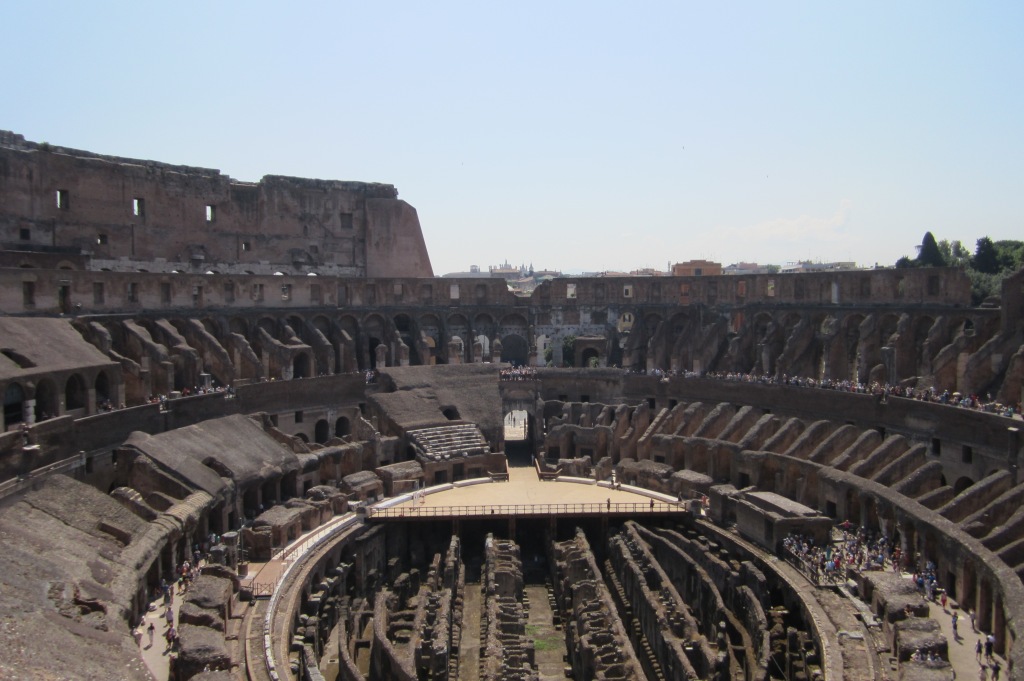 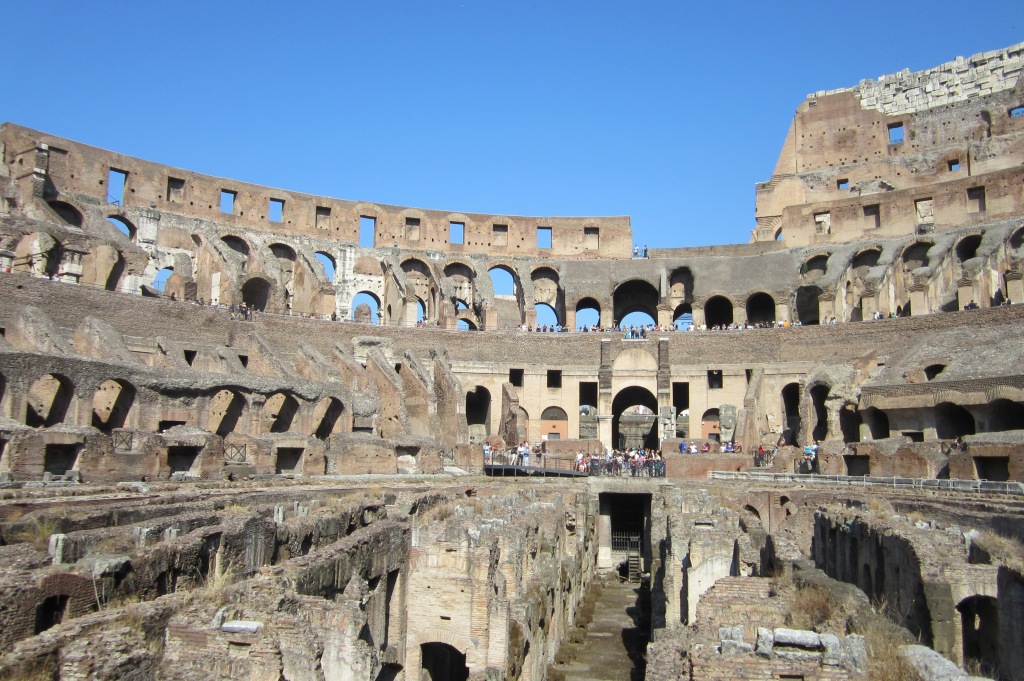 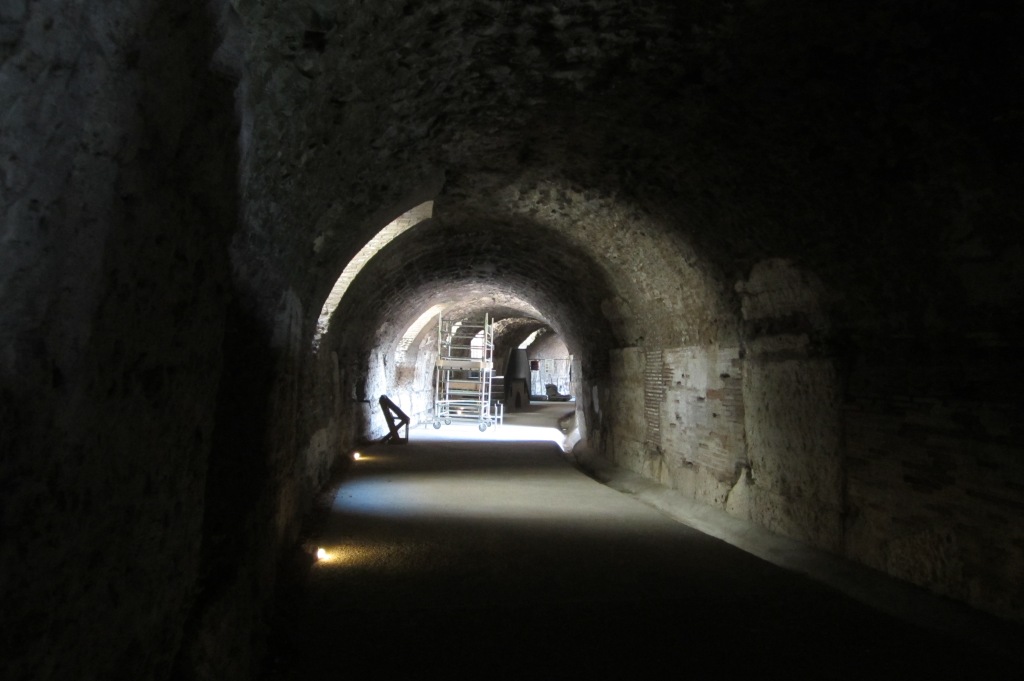 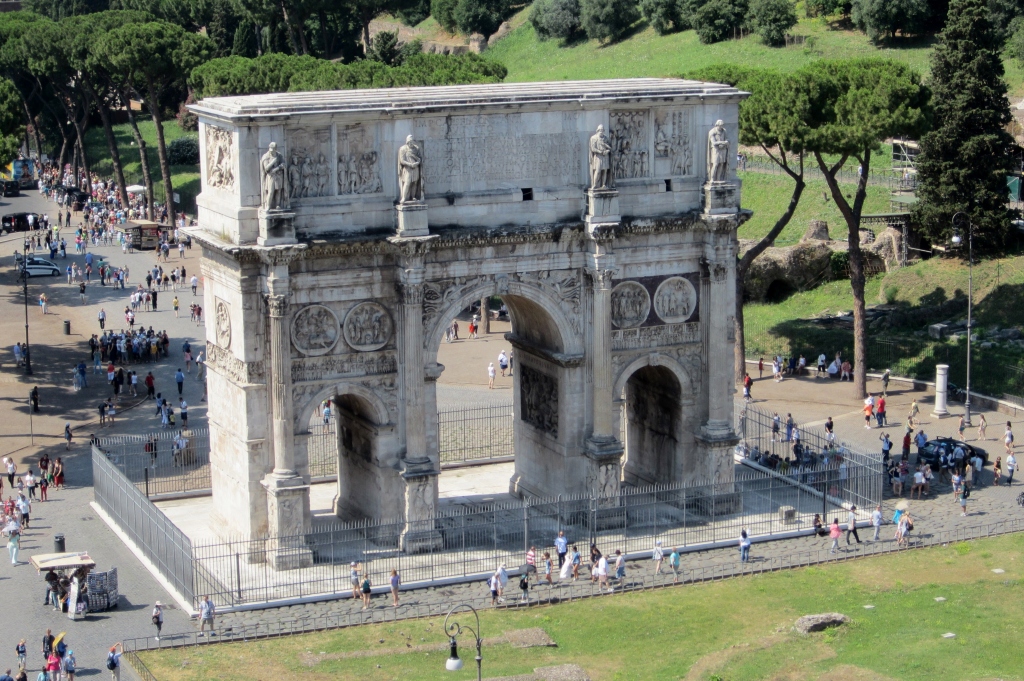 After the Colosseum we had a nice lunch in a nearby café and ate gelato one last time. Afterwards we walked through the Forum. It has some amazing structures and was void of tourists…but it was a hot afternoon so we just did a walk through. Nice to see, but would have been okay to skip. We then headed back to the apartment. The kids all stayed in the rest of the day, resting and playing and packing.

I went on a brief solo visit to the Basilica of San Clemente. It was just a couple blocks from our apartment. I have to say, I found this church to be extraordinary. The ground floor church was built around 1100. Underneath that is a 4th century church that had been converted from the home of a Roman nobleman which had been a 1st century church. Its basement had been used as a 2nd century Mithraeum. And the foundation is thought to be a republican era building that burned in the fire of 64 AD. So. Much. History. And it was really extraordinary going down level after level. 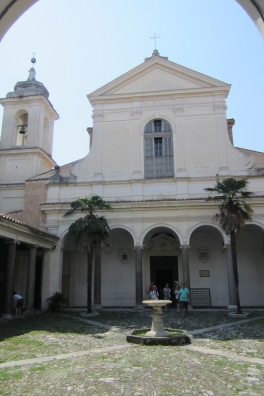 Later Michael and I went on one last excursion to see the Pantheon which was beautiful…although with a surprise rain shower and more tightly packed buses. We returned to pack. The 0400 alarm clock was not needed…we were up and showered and ready for the 0500 car I had reserved to pick us up and take us to the airport (so worth the money!). We flew to Madrid then on to Dallas. When we crashed at home we had been up for 24 hours without sleep. It was good to be sleeping in our own beds.

It was a incredible trip. I can’t wait to go back some day…having learned so much from this trip. Hailey snapped a great picture of Michael and I at our last meal in Rome…I hope this sums up how we feel about this amazing experience. We thank God for the opportunity to go, for protecting us, and for our beloved family. Ciao! 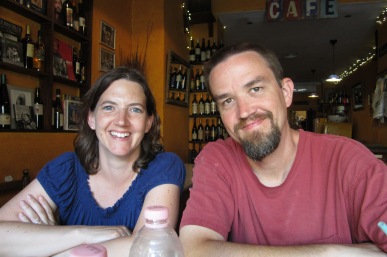