Tuesday morning I let everyone sleep in and Hailey and I walked to see Notre Dame at opening before the crowds arrived. Amazing. And with the place practically to ourselves.

After everyone woke we walked back so they could see it, but at this point the lines were ridiculous.  So we decided to go see the Arc de Triomphe instead. We visited Sainte Chapelle on our way. Its a gothic 13th century cathedral with amazing stained glass. We stopped by the Louvre on our way back, but were hungry and tired so we didn’t to go in.  Instead we did that thing that every guide book tells you not to do – eat in the touristy areas. We stopped at a café for an extremely overpriced and horrible meal. Live and learn. 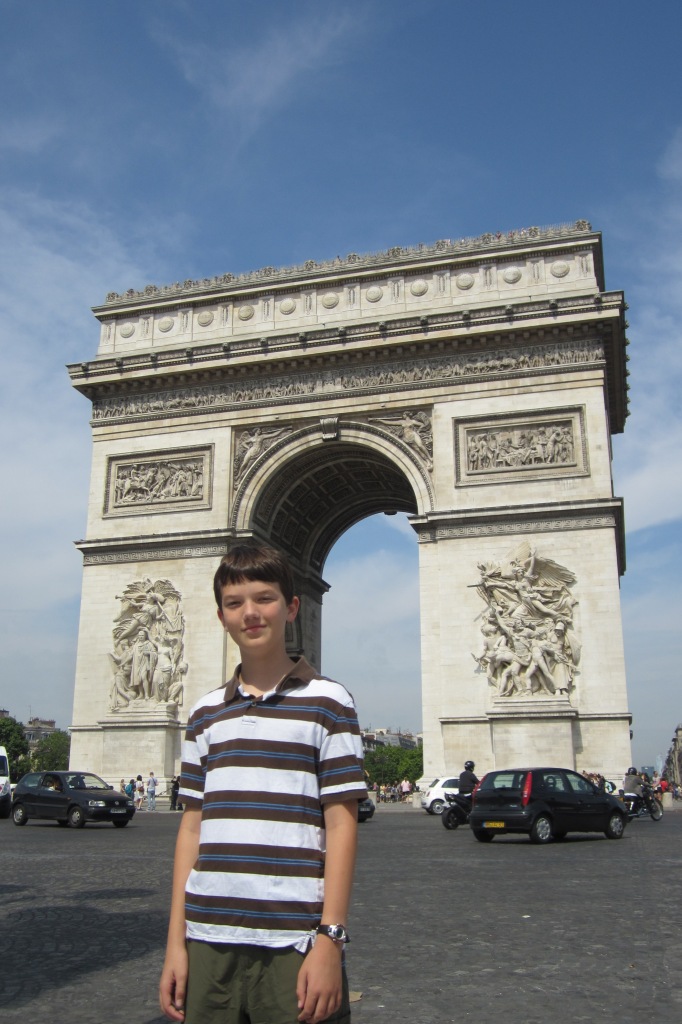 We stopped by our neighborhood market for the umpteenth time and went up to our apartment. After resting, I went on to see the Musee d’Orsay by myself. It is the greatest collection of Impressionist art housed in a beautiful old train station.  I saw dozens of Monets, Van Goghs, Pissarros, and other great pieces. I really enjoyed it. Michael and Nathan went to the Luxembourg Gardens again. Michael listened to music while Nathan watched the men play chess for over an hour. Finally he was able to play a couple games with a couple French men. He stalemated the first game and won the second. Nice going Nay. That was his second favorite event of the entire trip thus far after the Army museum.

Our last morning was cool and rainy. Everyone woke early to go see Notre Dame at 8:45 when it opened. Still amazing a second time. We all liked it very much. Then we went and stood in line to climb the Tower of Notre Dame. We lined up at 9:30 for its 10:00 opening and waited a full hour. Caitlyn was not interested in climbing 422 steps so she had gone back. It was cold and windy. Finally we went in. Quite extraordinary. We got to walk around midway and at the top, both decks surrounded by Gargoyles that we could touch and with incredible views of the cathedral and Paris. It was absolutely worth the wait. 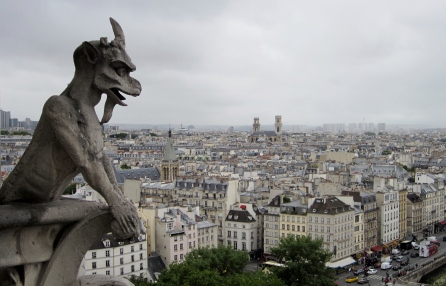 Afterwards we returned to our apartment, ate our remaining foodstuffs, and said goodbye to Paris. We had some good memories, saw some amazing things, and finally became pros at the metro. Paris is a beautiful city full of history and character. It was also crowded and overrun with tourists. We are glad we went of course. But honestly so far…Michael and I have enjoyed Austria and Germany the best.

We drove out of the city easy enough…a relief after our drive in. Then we had an uneventful 5 hour drive across France and stayed in the small French town of Bartenheim on the border of Germany and Switzerland. The following day we would drive across Switzerland, revisit the Alps, and sleep in Innsbruck, Austria. Au revoir!

One thought on “Paris – A long day and a last day”