The redwoods, once seen, leave a mark or create a vision that stays with you always. No one has ever successfully painted or photographed a redwood tree. The feeling they produce is not transferable. From them comes silence and awe. It’s not only their unbelievable stature, nor the color which seems to shift and vary under your eyes, no, they are not like any trees we know, they are ambassadors from another time.

I can’t say it better than Mr. Steinbeck. We left the beautiful to encounter the magnificent. I have wanted to see the Redwood Forest for as long as I can remember. I was not disappointed.

We took Hwy 199, called The Redwood Highway, down into Northern California. It made its way towards the coast where we joined back up with Hwy 101. We followed our old friend through National Forest, three Redwood State Parks and one Redwood National Park, and along the coast to Arcata, California. We drove just 180 miles that day spending our time instead hiking through Jurassic Park like ferns, climbing giant gnarled roots, standing in awe.

You feel very small among the Redwoods. Not just physically, but also in our place in time. Some of these giants are 2000 years old. They were alive when Jesus walked the Earth. A very humbling experience being surrounded by such grandeur, such magnificence. Sublime. 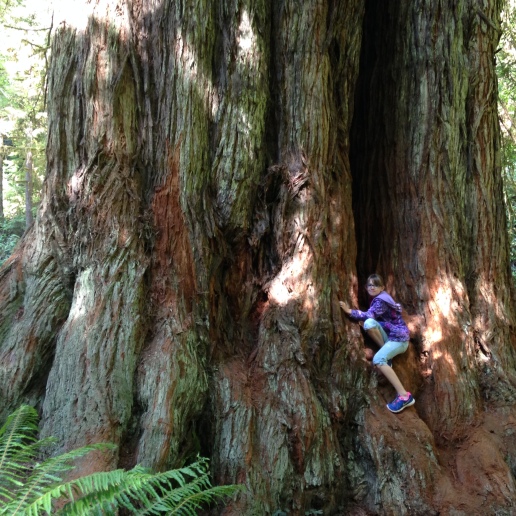 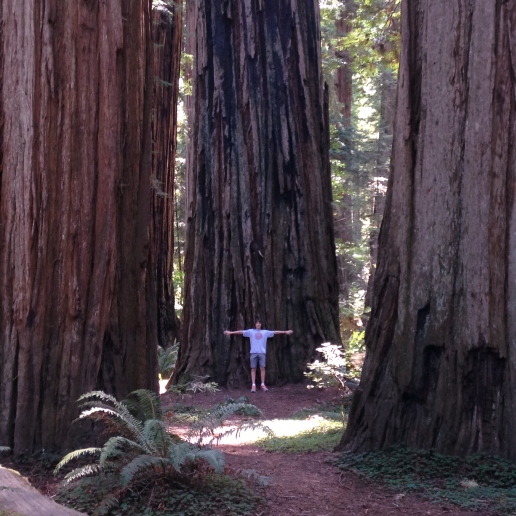 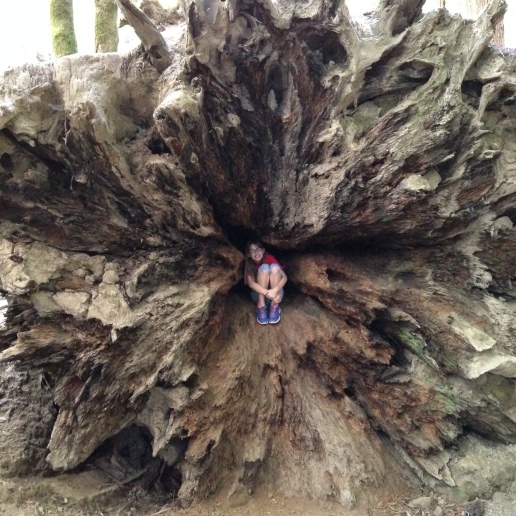 We left the presence of giants, and took with us wonder and reverence for these sovereigns from another time.

One thought on “Giants”